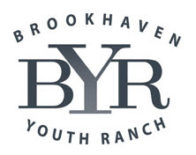 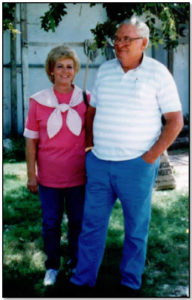 Brookhaven Youth Ranch was founded in 1986, as a result of the vision and determination of Robert G. Drake.  Robert, with the support and assistance of his wife, Dorothy, purchased 74 acres of rural central Texas ranch land not far from the small community of Gholson and began to fulfill a dream of providing a loving and nurturing temporary home for troubled youth. For Robert, Brookhaven was to be the final destination on a career long journey of helping youth find their way. His helping career began in 1956 as the Dean of Boys at the Tipton Children’s Home in Tipton, Oklahoma. From there, Robert went to the Oklahoma County Detention Center in 1959 and served as a supervisor until 1962. From 1962 until 1973, he served as superintendent of the Girls Training School located in Tecumseh, Oklahoma. Robert left Oklahoma in 1973 and moved he and his family to Texas to begin work with the Texas Youth Commission.

During the 13 years that Robert worked with the Texas Youth Commission he served as the Superintendent of the Gatesville State School for Boys, Director of Institutions, Regional Director, and finally as the Superintendent of the Crockett State School. Retiring from public service in 1986, Robert and wife Dorothy began the difficult and challenging task of starting a youth ranch from scratch. Opening its doors in 1986, Brookhaven began by serving a handful of boys referred by the Texas Youth Commission. Soon, however, word of the wonderful work being done at Brookhaven Youth Ranch began to spread, and referrals started coming from Children’s Protective Services and from probation departments across the state of Texas. At the time of Robert’s death on August 18, 1992, Brookhaven was capable of housing up to 40 troubled teens.

During the time since his passing, Brookhaven has continued to grow with a staff and administration determined to carry on Robert’s vision. Brookhaven now serves up to 61 youth with future plans to expand services to 75 youth.

Since Mr. Drake passed away in 1992, there have been three consecutive Executive Directors charged with the responsibility of keeping his dream alive and well.  Mr. Wayne Money served as Executive Director from November 1992 until November of 1997. Bill Gholson assumed the leadership role in January of 1998 and remained at Brookhaven until August of 2007. That same month, the position of Executive Director was entrusted to Dennis Cooke, who retired in December 2020.

In April 2021, Brookhaven Board of Directors appointed Linda Harrison Goates as Executive Director.  Ms. Goates has been employed by Brookhaven for over 30 years.

The courage, determination and legacy of Robert G. Drake lives on at Brookhaven Youth Ranch. If Robert were alive today his pride with what has happened to his dream would be undeniable.